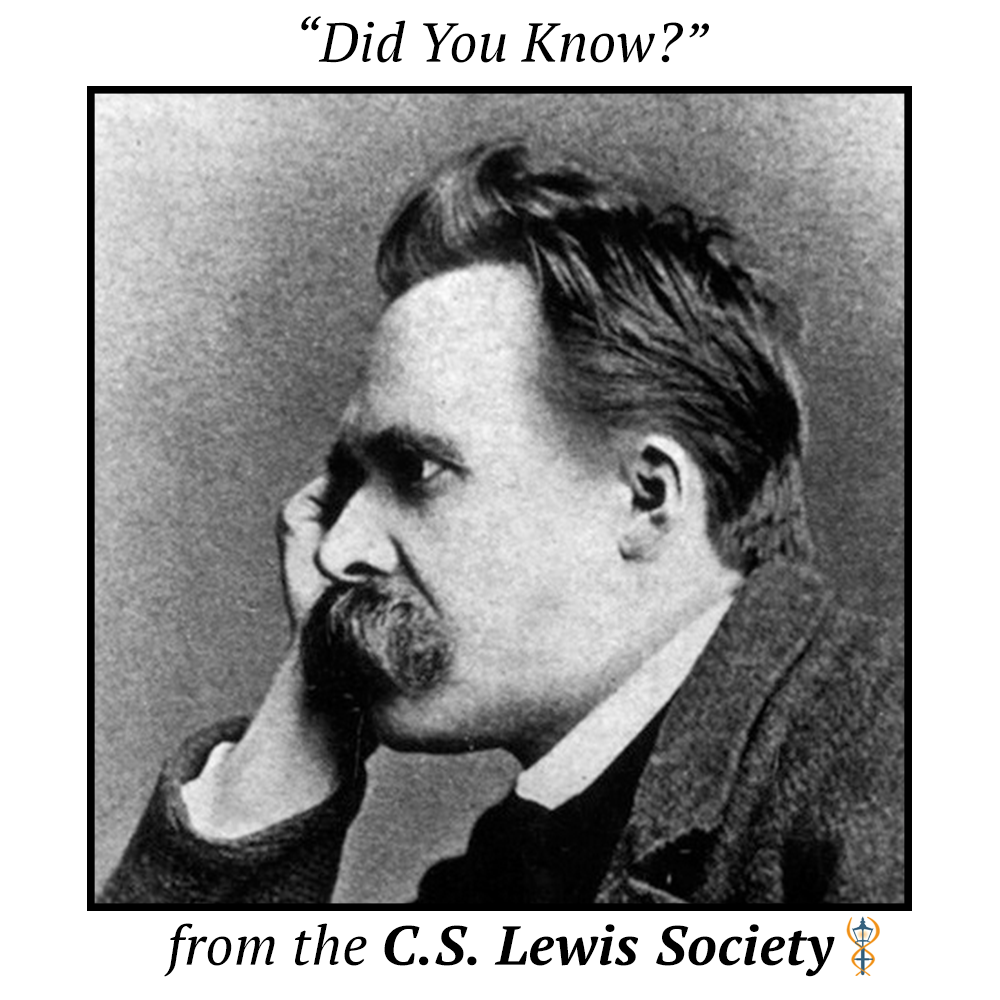 Did you know that the “Death of God” philosopher Friedrich Nietzsche declared a principle that, if followed carefully, could have undermined his atheism?

His point: make sure you have “attacked” your deepest convictions, in the sense of thoroughly testing them and rigorously reviewing their foundations.

Yet in his case of rejecting Christianity, we look in vain for thorough analysis of Jesus Christ’s divine claims and the eyewitnesses to his resurrection. Deep evidence for God, seen in rational thought and our moral sense (see C. S. Lewis’s book “Miracles”) is ignored. Rather, he launches shrill attacks on the Bible’s “slave morality,” and calls for the “transvaluation of all values”!
Take-away: let apologists follow Nietzsche’s advice in testing carefully what we embrace.