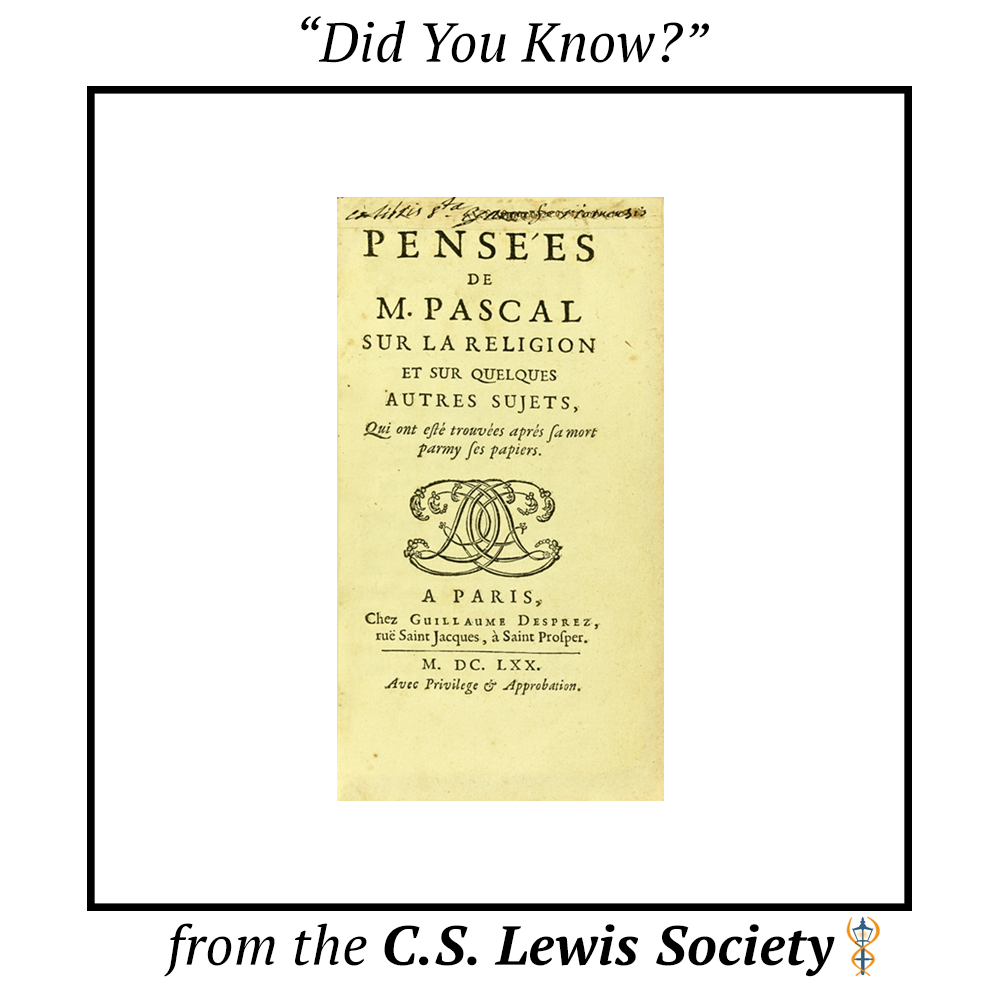 From Dr. Tom Woodward:
Pascal, the French genius who invented adding machines, pioneered calculus, proved the existence of a vacuum, and helped poor people in Paris by creating something called a “bus”, was also the first great modern Christian apologist? “Pensees” (“paw-say”) is his ultra-rich buffet of 993 notes for his planned book he never wrote. Savor these: