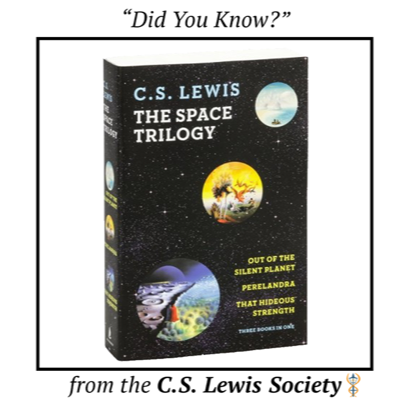 Many of us have had to undergo quarantine recently, including myself, as I returned early from Serbia in March.

Did you know that “quarantine” is a dramatic picture that C. S. Lewis used in his first two science fiction novels? In “Perelandra” and “Out of the Silent Planet,”  Lewis pictured Earth as the planet that had to be divinely quarantined, lest the infection of sin, unleashed in Eden’s rebellion, spread any further.

Included below is a quote from "Perelandra":

"It is the idea that humanity, having now sufficiently corrupted the planet where it arose, must at all costs contrive to seed itself over a larger area: that the vast astronomical distances which are God's quarantine regulations, must somehow be overcome." Stay tuned for more on this literary theme!