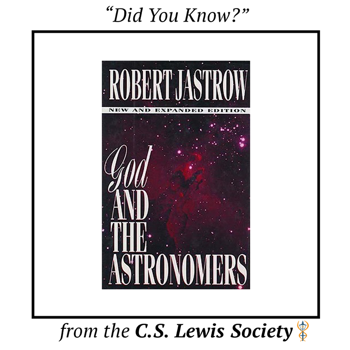 Many atheists are outspoken in unbelief, citing key reasons for rejecting a supernatural Creator.

I can relate! After entering Princeton as an atheist, I argued for the “fact of evolution” with Christian students who questioned Darwinism. Later, seeing abundant evidence for Christianity, I embraced the faith I sought to topple.

But did you know that skeptics can speak out boldly, sharing “doubts about doubts”? The late astronomer Robert Jastrow detailed evidence for God, as science discovered the universe was not eternal after all. His book “God and the Astronomers” ends on a powerful “Gamaliel-type” note:

“For the scientist who has lived by his faith in the power of reason, the story ends like a bad dream. He has scaled the mountains of ignorance, he is about to conquer the highest peak; as he pulls himself over the final rock, he is greeted by a band of theologians who have been sitting there for centuries.”

Check out this book at https://zcu.io/yWX3 !