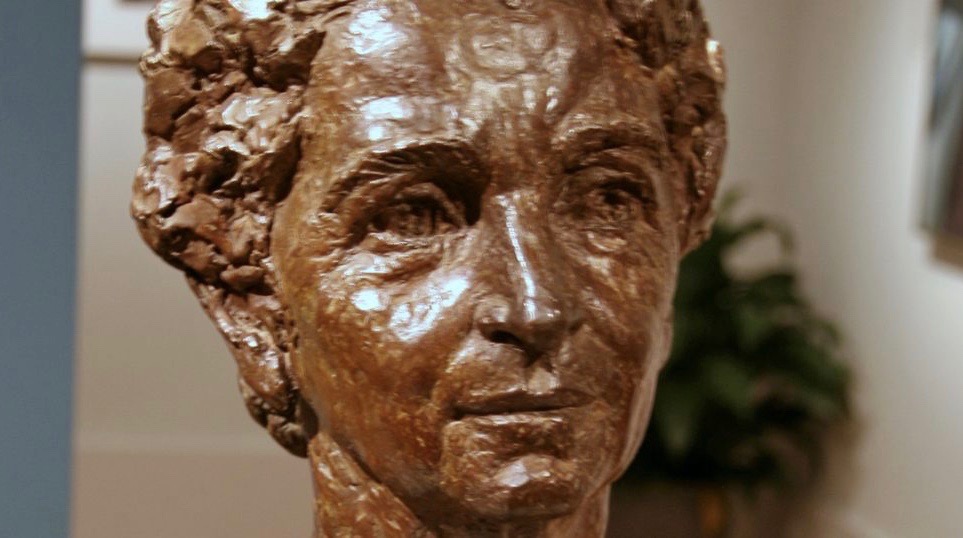 File this under empty concessions to cancel culture. Planned Parenthood founder Margaret Sanger was a racist and a eugenicist, her ugly views tied up with the Darwinist thinking prevalent in her own time as it is today. Now the abortion provider’s Manhattan clinic has said it will strip her name from their building and has asked New York City to erase her from street signs.

Historical statues are a dispersed temple to memory, in need of vigilant guarding. My own memory, like yours, includes things I’m proud of things and things I’m not proud of. We would hate to lose any of it, the good or the bad, which is why sensitive people loathe the current wave of unchecked vandalism.

I asked earlier today if statues of Charles Darwin will come down at the hands of the marauders, given the vital work his writing has done in justifying scientific racism, eugenics, and genocide. (For more on that, see the documentary Human Zoos, below.) But what about another key and linked figure in history? Planned Parenthood founder Margaret Sanger advocated racist eugenic measures and did not shy from addressing a KKK rally. Yet she’s honored by a bust in the National Portrait Gallery’s civil rights exhibit, of all places.

Pictured at the top of this post, that is the “civil rights” heroine’s bust in the National Portrait Gallery. I noted, too:

She would not have liked the look of New York City today, where there is a Margaret Sanger Square not far from Washington Square Park, a site of recent Black Lives Matter protests.

It certainly wasn’t my intention to contribute to sparking a memory purge. But that’s what Planned Parenthood is up to now. From Fox News:

Planned Parenthood of Greater New York is removing the name of Margaret Sanger, the founder of the nation’s largest abortion provider, from its New York City clinic due to her “harmful connection to the eugenics movement,” the group said Tuesday.

The announcement comes after more than 350 current and former staffers at the Manhattan clinic, as well as 800 donors, supporters and volunteers, called Sanger “a racist, white woman.” An open letter on June 18 to Planned Parenthood of Greater New York, criticized the organization as “steeped in white supremacy,” the Washington Times reports.

For decades, pro-life activists pointed out Sanger’s racism, but in the wake of the Black Lives Matter movement, Planned Parenthood said it is addressing the problem.

“The removal of Margaret Sanger’s name from our building is both a necessary and overdue step to reckon with our legacy and acknowledge Planned Parenthood’s contributions to historical reproductive harm within communities of color,” Karen Seltzer, the chair of the New York affiliate’s board, said in a statement….

Sanger launched the Negro Project, in 1939, which was aimed at “helping Negroes to control their birthrate,” while advocating for a federal “population bureau” to police reproduction.

If Planned Parenthood really sought to “reckon with [their] legacy,” and “address the problem,” they would have to change their whole business model not merely remove Sanger’s name from a building. As Ben Carson points out, “[Sanger] was not particularly enamored with black people. And one of the reasons that you find most of their [Planned Parenthood] clinics in black neighborhoods is so that you can find a way to control that population.”

The abortion provider would also need to “reckon” with the place of evolutionary ideology in Sanger’s thinking. In an article at The Stream, John West has traced “The Line Running from Charles Darwin through Margaret Sanger to Planned Parenthood“:

In Sanger’s view, humanitarianism threatened to swamp America with a tidal wave of the “feeble-minded.” As I explain in my book Darwin Day in America, feeblemindedness was an expansive category that included many people who today wouldn’t be considered mentally handicapped, including members of races (like blacks) considered by Darwinian biologists of the time to be “lower” on the evolutionary scale.

Sanger as a historical figure is impossible to understand without recalling the legacy of evolutionary thinking and scientific racism, detailed in the harrowing documentary Human Zoos. All this remains unaddressed by Planned Parenthood, which appears to seek, instead, a way to quiet a controversy without searching its own soul.