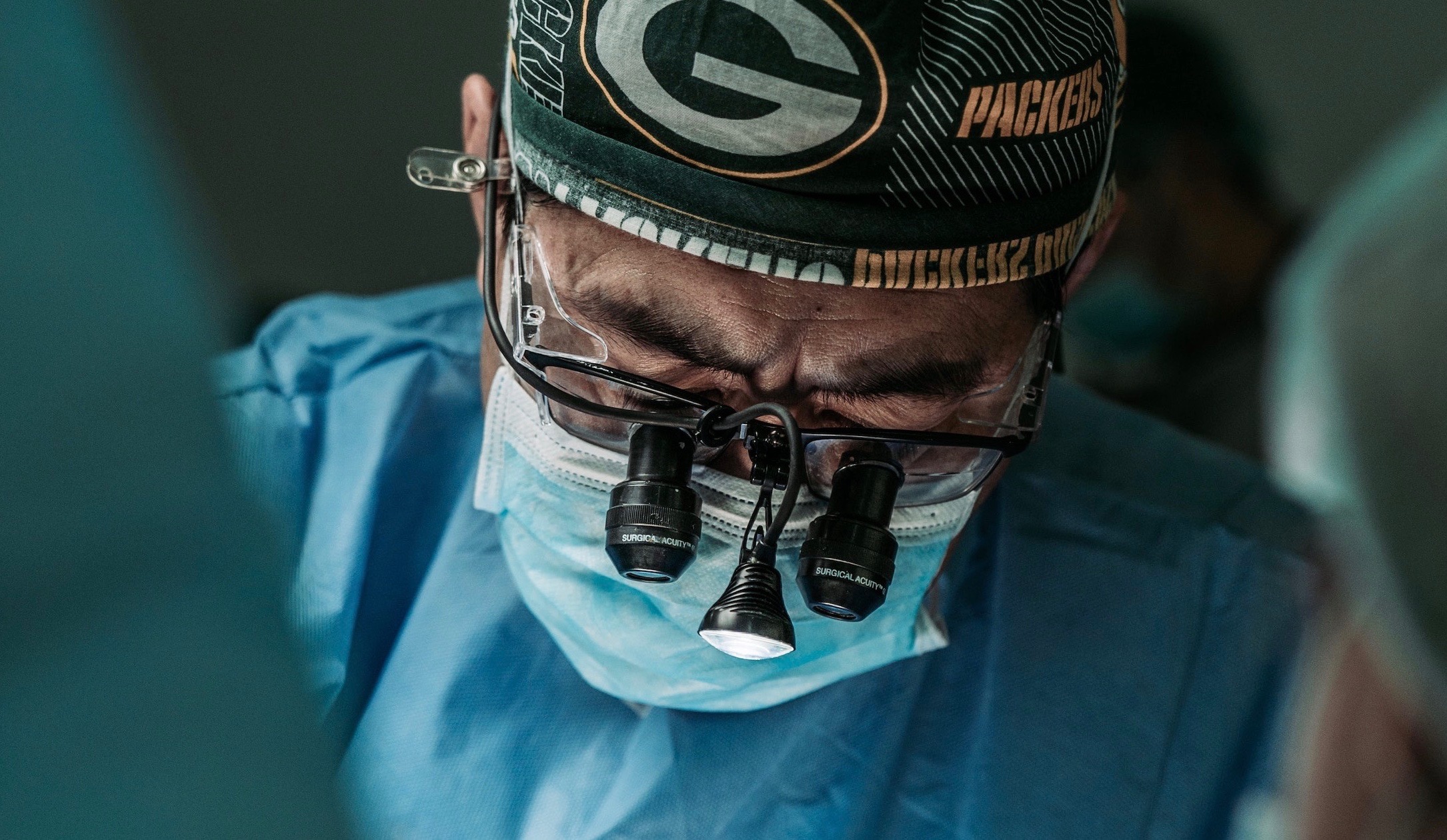 Cells and organisms come pre-equipped with repair mechanisms. It takes foresight to make complex tools and procedures that can restore the functions of other tools. A blind process like evolution can only see the immediate present; it would be unconcerned about what happens next. Repair implies something worth saving. The more delicate the product, the more elaborate the maintenance. Life is worth saving and it is delicate. Logically, therefore, the persistence of life presupposes elaborate repair systems are at work. The following research findings show just how complex some of these repair mechanisms are.

Bad News Before the Good News

Here is a kind of repair strategy that truly would require foresight. A skilled orthopedic surgeon can look at a broken bone and, through years of training, know that before setting it, he needs to make the break worse. In a compound fracture, for instance, bending the bone farther can allow splintered bones to be put back together. Additionally, assistants in the operating room can apply materials or medicines while the surgeon holds the fracture open. Something like that happens in the nucleus or our cells, scientists found at Lawrence Berkeley National Lab. “Sometimes, when something is broken, the first step to fixing it is to break it even more.” A molecular machine named XPG could be dubbed an “orthogenic surgeon” (ortho- meaning straight).

“We saw that XPG makes a beeline for discontinuous DNA — places where the hydrogen bonds between bases on each strand of the helix have been disrupted — and then it very dramatically bends the strand at that exact location, breaking the interface that connects bases stacked on top of each other,” said Susan Tsutakawa, a structural biologist in the Biosciences Area at Lawrence Berkeley National Laboratory (Berkeley Lab) and first author on the work, published this month in PNAS. “The bending activity adds to an already impressive arsenal, as XPG was first identified as a DNA chopping enzyme, responsible for cutting out nucleotide bases with chemical and UV radiation damage.” [Emphasis added.]

Natural selection would never do this. First of all, how would XPG recognize a problem that doesn’t affect it directly, and how would it know to make a beeline for something else’s problem? Then, if by some accident of chance it bent the DNA strand, how would it “know” how to perform the next surgical step? XPG would be out of a job, rushing toward discontinuous DNA like a blind driver on a demolition derby, breaking genes here and there, killing the organism by a thousand cuts. Instead, look what it does:

“An unexpected finding from our imaging data is that the flexible parts of the protein — which were previously impossible to examine – have the ability to recognize perturbations associated with many different types of DNA damage,” said co-author Priscilla Cooper, a biochemist senior scientist in the Biosciences Area. “XPG then uses its sculpting properties to bend the DNA in order to recruit and load into place the proteins that can fix that type of damage.”

The scientists call this a “protein with many jobs” that “is more like a master sculptor than a demolition crew.” Without XPG, a person can incur “devastating symptoms” of diseases. Some of these fatal syndromes caused by faulty XPG are described in the press release. Often “single amino acid substitutions can destabilize the entire protein,” they say. If that doesn’t clinch the case for design, consider also that the Lawrence Berkeley team found that XPG cooperates with other repair machines like BRCA1 and BRCA2. An entire operating-room team has the foresight to perform “orthogenic surgery” on DNA. The Darwin-free paper is published in PNAS.1

“Music” in the Skull

The brain is busier than a city all the time, even in sleep. Amidst all the clamor, one issue cannot be overlooked: how to dispose of dead cells. A recent article at Evolution News described how the “cellular morgue” takes care of the problem. In the brain, it is even more vital to quickly eliminate dead cells. A team at Yale School of Medicine heard “music” inside the skull: they found that astrocytes and microglia perform “orchestrated roles and respect phagocytic territories during neuronal corpse removal” in the brain. Each player knows its part.

Cell death is prevalent throughout life; however, the coordinated interactions and roles of phagocytes during corpse removal in the live brain are poorly understood. We developed photochemical and viral methodologies to induce death in single cells and combined this with intravital optical imaging. This approach allowed us to track multicellular phagocytic interactions with precise spatiotemporal resolution. Astrocytes and microglia engaged with dying neurons in an orchestrated and synchronized fashion. Each glial cell played specialized roles: Astrocyte processes rapidly polarized and engulfed numerous small dendritic apoptotic bodies, while microglia migrated and engulfed the soma and apical dendrites. The relative involvement and phagocytic specialization of each glial cell was plastic and controlled by the receptor tyrosine kinase Mertk… Thus, a precisely orchestrated response and cross-talk between glial cells during corpse removal may be critical for maintaining brain homeostasis.

Their research is published in Science Advances.2 This paper was also Darwin-free except for an opening pinch of incense in the first sentence, “Cell death is an evolutionarily conserved and ubiquitous process” — a useless offering that contributes nothing to the science except to show that evolution was not observed.

Every human life has value, even those with genetic defects (and which human being does not suffer from several?). What’s important to the argument for intelligent design from foresight is how carefully the body practices preventative medicine on the developing embryo. Scientists at Caltech point out,

The first few days of embryonic development are a critical point for determining the failure or success of a pregnancy. Because relatively few cells make up the embryo during this period, the health of each cell is vital to the health of the overall embryo. But often, these young cells have chromosomal aneuploidies — meaning, there are too many or too few chromosome copies in the cell. Aneuploid cells lead to the failure of the pregnancy, or cause developmental defects such as Down syndrome later in gestation.

Fortunately, these young embryos perform their own “quality control” before most genetic abnormalities become established:

Researchers have found that the prevalence of aneuploidy is drastically lower as the embryo grows and develops. Using mouse embryos, scientists from the laboratory of Magdalena Zernicka-Goetz, Caltech’s Bren Professor of Biology and Biological Engineering, now show that this is because embryos are able to rid themselves of abnormal cells just before and soon after implantation into the uterus, thereby keeping the whole embryo healthy….

“It is remarkable that embryos can do this,” says Zernicka-Goetz. “It reflects their plasticity that gives them the power to self-repair.”

The scientists found a double-protection mechanism. Not only are aneuploid cells detected and eliminated, but healthy cells are stimulated to proliferate, compensating for the loss of unhealthy cells. The research paper, which also fails to give credit to evolution for this wonderful example of foresight and design, appeared in Nature Communications on June 11.3

Plants Have Foresight, Too

Even plants, lacking eyes and brains, know how to repair damage. Plants have a handicap that makes repair more difficult: their repair teams cannot migrate to the site of the injury. Austrian scientists discovered a clever way that a plant can send repair enzymes to the rescue when a stem gets wounded.

Plants are sessile organisms that cannot evade wounding or pathogen attack, and their cells are encapsulated within cell walls, making it impossible to use cell migration for wound healing like animals. Thus, regeneration in plants largely relies on the coordination of targeted cell expansion and oriented cell division. Here we show in the root that the major growth hormone auxin is specifically activated in wound-adjacent cells, regulating cell expansion, cell division rates, and regeneration-involved transcription factor ERF115. These wound responses depend on cell collapse of the eliminated cells presumably perceived by the cell damage-induced changes in cellular pressure. This largely broadens our understanding of how wound responses are coordinated on a cellular level to mediate wound healing and prevent overproliferation.

The research is published in PNAS.4 It’s satisfying to say, again, that their paper did not give any credit to evolution. This is one way design wins by default: the repeated failure by Darwinists to show up for the game constitutes abdication.

The concept of repair presupposes foresight.5 How would a blind, unguided process recognize a problem? Even if a working plant or animal were granted a hypothetical existence by evolution, the easiest thing for natural selection to do when a problem occurs is to let the organism die. Uncaring selection owes it no further existence. As these examples show (and there are many, many more), life comes equipped with repair teams that are even more complex than expected. “It is remarkable that embryos can do this,” Caltech scientists said. Yale scientists watched a “precisely orchestrated response” to cell death in the brain. Lawrence Berkeley scientists did not expect to see a “master sculptor” in the nucleus already known to have an “impressive arsenal” of abilities able to surgically straighten DNA before their eyes. These are the emotional responses of people astonished by design beyond their dreams. If they assume these wonders emerged by evolution, their silence about how it did so speaks volumes.