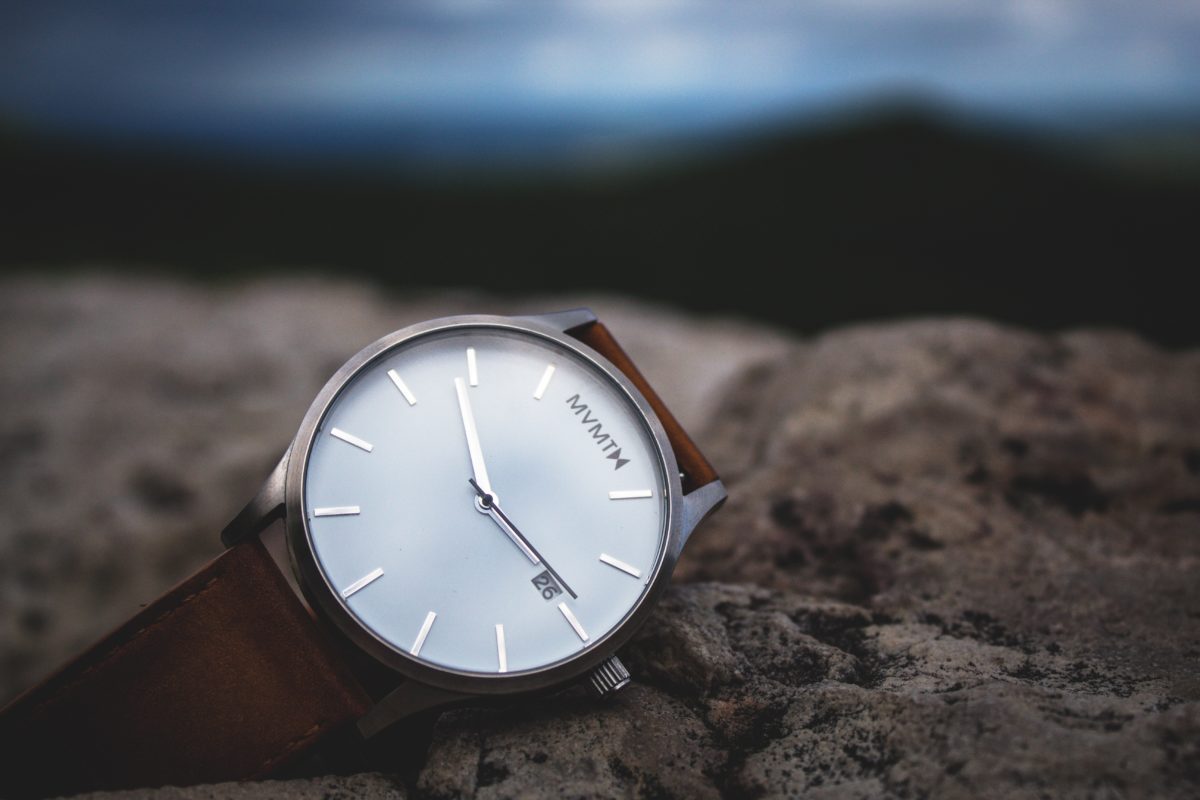 According to Darwinism, undirected natural causes are solely responsible for the origin and development of life. In particular, Darwinism rules out the possibility of God or any guiding intelligence playing a role in life’s origin and development. Within western culture Darwinism’s ascent has been truly meteoric. And yet throughout its ascent there have always been dissenters who regarded as inadequate the Darwinian vision that undirected natural causes could produce the full diversity and complexity of life.

Until the mid 1980s this dissent was sporadic, focused largely at the grass roots, and seeking mainly to influence public opinion through the courts (and not very effectively at that). With the Intelligent Design movement this dissent has now become focused, promising to overturn the cultural dominance of Darwinism much as the freedom movements in eastern Europe overturned the political dominance of Marxism at the end of the 1980s.

The Intelligent Design movement begins with the work of Charles Thaxton, Walter Bradley, Michael Denton, Dean Kenyon, and Phillip Johnson. Without employing the Bible as a scientific text, these scholars critiqued Darwinism on scientific and philosophical grounds. On scientific grounds they found Darwinism an inadequate framework for biology. On philosophical grounds they found Darwinism hopelessly entangled with naturalism, the view that nature is self-sufficient and thus without need of God or any guiding intelligence. More recently, scholars like Michael Behe, Stephen Meyer, Paul Nelson, Jonathan Wells, and myself have taken the next step, proposing a positive research program wherein intelligent causes become the key for understanding the diversity and complexity of life.

Throughout the centuries theologians have argued that nature exhibits features which nature itself cannot explain, but which instead require an intelligence over and above nature. From Church fathers like Minucius Felix and Basil the Great (3rd and 4th centuries) to medieval scholastics like Moses Maimonides and Thomas Aquinas (12th and 13th centuries) to reformed thinkers like Thomas Reid and Charles Hodge (18th and 19th centuries), we find theologians making design arguments, arguing from the data of nature to an intelligence operating over and above nature.

Design arguments are old hat. Indeed, design arguments continue to be a staple of philosophy and religion courses. The most famous of the design arguments is William Paley’s watchmaker argument (as in Paley’s Natural Theology, published 1802). According to Paley, if we find a watch in a field, the watch’s adaptation of means to ends (that is, the adaptation of its parts to telling time) ensure that it is the product of an intelligence, and not simply the output of undirected natural processes. So too, the marvelous adaptations of means to ends in organisms, whether at the level of whole organisms, or at the level of various subsystems (Paley focused especially on the mammalian eye), ensure that organisms are the product of an intelligence.

Though intuitively appealing, Paley’s argument had until recently fallen into disuse. This is now changing. In the last five years design has witnessed an explosive resurgence. Scientists are beginning to realize that design can be rigorously formulated as a scientific theory. What has kept design outside the scientific mainstream these last hundred and thirty years is the absence of precise methods for distinguishing intelligently caused objects from unintelligently caused ones. For design to be a fruitful scientific concept, scientists have to be sure they can reliably determine whether something is designed.

Johannes Kepler thought the craters on the moon were intelligently designed by moon dwellers. We now know that the craters were formed naturally. It’s this fear of falsely attributing something to design only to have it overturned later that has prevented design from entering science proper. With precise methods for discriminating intelligently from unintelligently caused objects, scientists are now able to avoid Kepler’s mistake.

What has emerged is a new program for scientific research known as Intelligent Design. Within biology, Intelligent Design is a theory of biological origins and development. Its fundamental claim is that intelligent causes are necessary to explain the complex, information-rich structures of biology, and that these causes are empirically detectable.

To say intelligent causes are empirically detectable is to say there exist well-defined methods that, on the basis of observational features of the world, are capable of reliably distinguishing intelligent causes from undirected natural causes. Many special sciences have already developed such methods for drawing this distinction-notably forensic science, cryptography, archeology, and the search for extraterrestrial intelligence (as in the movie Contact).

As a result, Intelligent Design presupposes neither a creator nor miracles. Intelligent Design is theologically minimalist. It detects intelligence without speculating about the nature of the intelligence. Biochemist Michael Behe’s “irreducible complexity,” physicist David Bohm’s “active information,” mathematician Marcel Schützenberger’s “functional complexity,” and my own “complex specified information” are alternate routes to the same reality.

It is the empirical detectability of intelligent causes that renders Intelligent Design a fully scientific theory, and distinguishes it from the design arguments of philosophers, or what has traditionally been called “natural theology.” The world contains events, objects, and structures which exhaust the explanatory resources of undirected natural causes, and which can be adequately explained only by recourse to intelligent causes. Scientists are now in a position to demonstrate this rigorously. Thus what has been a long-standing philosophical intuition is now being cashed out as a scientific research program.

Intelligent Design entails that naturalism in all forms be rejected. Metaphysical naturalism, the view that undirected natural causes wholly govern the world, is to be rejected because it is false. Methodological naturalism, the view that for the sake of science, scientific explanation ought never exceed undirected natural causes, is to be rejected because it stifles inquiry. Nothing is gained by pretending science can get along without intelligent causes. Rather, because intelligent causes are empirically detectable, science must ever remain open to evidence of their activity.

Where does this leave special creation and theistic evolution? Logically speaking, Intelligent Design is compatible with everything from the starkest creationism (i.e., God intervening at every point to create new species) to the most subtle and far-ranging evolution (i.e., God seamlessly melding all organisms together in a great tree of life). For Intelligent Design the first question is not how organisms came to be (though this is a research question that needs to be addressed), but whether they demonstrate clear, empirically detectable marks of being intelligently caused. In principle, an evolutionary process can exhibit such “marks of intelligence” as much as any act of special creation.

That said, Intelligent Design does have implications for theology. The most severe challenge to theology over the last two hundred years has been naturalism. Within western culture, naturalism has become the default position for all serious inquiry. From biblical studies to law to education to art to science to the media, inquiry is expected to proceed only under the supposition of naturalism.

Naturalistic assumptions … meet you on every side…. It comes partly from what we may call a “hangover.” We all have Naturalism in our bones and even conversion does not at once work the infection out of our system. Its assumptions rush back upon the mind the moment vigilance is relaxed. (quoted from Miracles)

The Intelligent Design movement begins with the publication of The Mystery of Life’s Origin by Charles Thaxton, Walter Bradley, and Roger Olson (Philosophical Library, 1984) and Evolution: A Theory in Crisis by Michael Denton (Alder & Adler, 1986). These two books presented a powerful scientific critique of evolutionary theory. Moreover, they set the tone for subsequent publications by refusing to mix the scientific evidence for design with theological views about creation.

With the publication of Michael Behe’s Darwin’s Black Box (Free Press, 1996) the dam burst. Here for the first time were the outlines of a full-fledged scientific research program for design in biology. Behe’s book was reviewed everywhere from Science and Nature to the New York Times and the Wall Street Journal. It was voted Christianity Today’s “Book of the Year.” Its impact has been phenomenal.

My own The Design Inference (Cambridge) and Mere Creation: Reclaiming the Book of Nature (InterVarsity) will appear fall of 1998. Key researchers with books in preparation include Stephen Meyer, Paul Nelson, Del Ratzsch, John Mark Reynolds, and John Wells. The movement has a professional journal entitled Origins & Design (www.arn.org/arn). The Discovery Institute’s Center for the Renewal of Science and Culture coordinates many of its efforts (www.discovery.org).