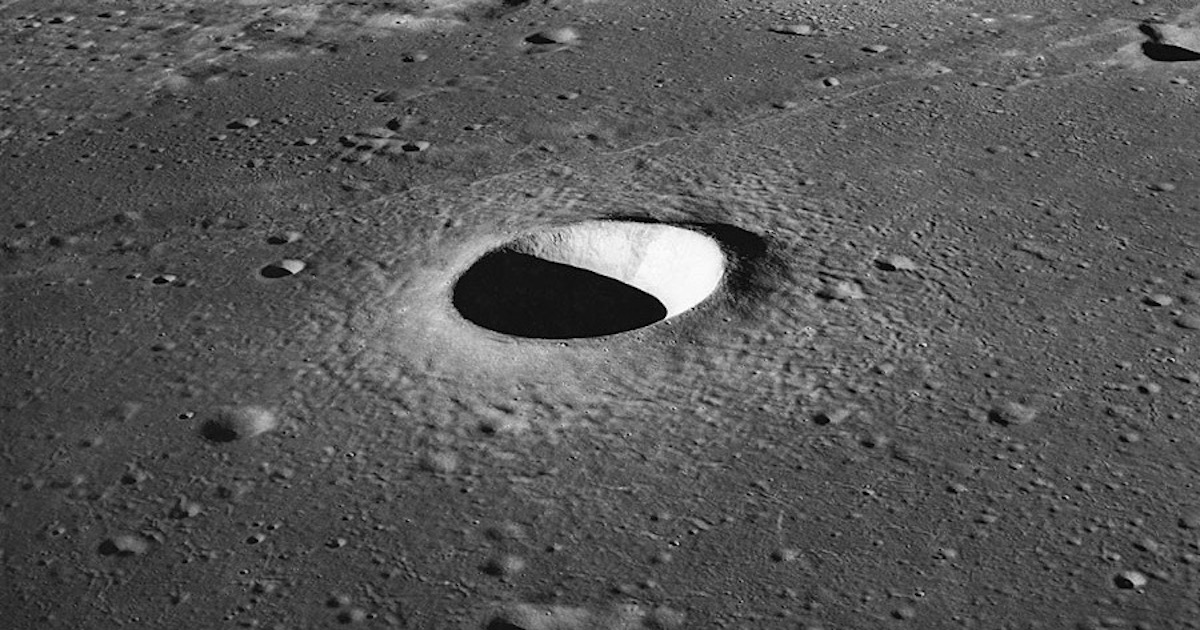 This collection of news, with more tomorrow, about the Cambrian explosion provides a taste of how evolutionists are dealing with Darwin’s doubt these days. It goes without saying that they are still completely ignoring the critique of Darwinian explanations coming from the intelligent design community. Instead, they keep looking for mindless natural processes that might have enough energy to blow things up and move things around, hoping that biological information might emerge without intelligence.

Of course it cannot; mindless processes could never pull off such a feat. But since ID advocates have been screened off by one-way glass and soundproof barriers by the arbitrary rule of methodological naturalism, Darwinians just ignore them. They feel free to play their unscientific game of throwing jello theories against the wall to see if any glob sticks long enough to call it a success.

Cross Off One Impactful Possibility

Some have tried to allege that an increase in meteor impacts about 500 million years ago triggered the Cambrian explosion (as if that makes any sense). But now, a new statistical study of impacts on the moon from Apollo samples concludes that the appearance of an increase was an artifact of biased sampling. A corollary of the study is that impact rates never did change dramatically over the history of the solar system. New Scientist is the bearer of bad news:

The time period abound 500 million years ago, when it appeared the moon experienced more impacts, was a particularly important time for life on Earth. There was a dramatic increase and diversification of complex life called the Cambrian explosion, and we are not entirely sure what caused it.

Some researchers have suggested that the apparent increase in meteorite impacts may have had something to do with it. “If there was this increase in impacts around the same time, it would support the idea that life was stimulated or seeded by organic molecules from elsewhere in the solar system,” says [Paul] Renne. But if this supposed increase turns out to be a mistake, we will have to look for alternative explanations, he says. [Emphasis added.]

Too Late to Help

Another Burgess-Shale-type outcrop of Cambrian fossils with exceptional preservation has come to light in Utah. Announced by seven authors in an open-access paper in the Journal of the Geological Society of London, the Weeks Formation, dated at 499 million years, features a rich collection of trilobites, worms, brachiopods, mollusks, cnidarians, sponges, comb jellies, and more. Arthropods are the most frequent representatives, 42 percent of which are trilobites. Unfortunately for Darwinians, this formation is dated too late for the main pulse of the Cambrian explosion.

Although the title speaks of “the evolutionary transition of Cambrian marine life,” the paper defines this as a “significant faunal restructuring” between the Cambrian explosion and the “Great Ordovician Biodiversification” (euphemism for another explosion). Do the authors have any theories about the Cambrian explosion itself? Only in this rather cryptic statement:

The Cambrian System is extraordinarily rich in deposits yielding remarkable macroscopic fossil assemblages, the study of which has profoundly modified our understanding of how metazoan-dominated marine ecosystems first evolved.

It would have been nice to hear them say exactly how the study of Cambrian fossils “has profoundly modified our understanding.” Whatever happened, the animals “evolved.”

A blog entry from the University of Oxford shows another Cambrian predator similar to Anomalocaris, also found in Utah. It has the same round-mouthed teeth, making it a “radiodont,” an “extinct group of stem arthropods and distant relatives of modern crabs, insects and spiders.” It has similar swimming flaps, eyes, limbs and other complex traits already known in its larger relative. The headline promises, “Half-a-billion-year-old fossil offers new clues to how life exploded on sea floor.” But does it? The discoverer’s confidence quickly gives way to blushing, then speculation:

‘Our new study describes Pahvantia hastasta, a long-extinct relative of modern arthropods, which fed on microscopic organisms near the ocean’s surface’ says Stephen Pates. ’We discovered that it used a fine mesh to capture much smaller plankton than any other known swimming animal of comparable size from the Cambrian period. This shows that large free-swimming animals helped to kick-start the diversification of life on the sea floor over half a billion years ago.’

That was the confidence. Next come sheepish suggestions that maybe this animal helped mix biomass from the surface to the deep sea, as if that has anything to do with the origin of biological information.

Causes of the Cambrian Explosion —  the rapid appearance in the fossil record of a diverse animal fauna around 540-500 million years ago — remain hotly debated. Although it probably included a combination of environmental and ecological factors, the establishment of a system to transfer energy from the area of primary production (the surface ocean) to that of highest diversity (the sea floor) played a crucial role.

Their ecological theory, though, doesn’t wash. Every day, planktonic crustaceans transfer energy between the surface and the deep sea in one of the largest movements of biomass in the world, according to Current Biology. We don’t see new complex animals emerging today from that process. How could it? Energy transfer has nothing to do with the information needed for the origin of complex body plans. But that’s the issue. You can look in vain for a discussion about that in their paper in Nature Communications. Stephen Meyer has tried to keep the focus on the origin of biological information, but all these jello theories keep ignoring that crucial issue.

In the category of excuses “It wasn’t really an explosion,” paleobiologist Jennifer Hoyal Cuthill trots out an Ediacaran fossil, trying to stretch the explosion back tens of millions of years. At The Conversation, below a huge portrait of Darwin, she says:

When did animals originate? Evolutionary theorist Charles Darwin may have speculated about the forms that early animals took, but our research published in the journal Palaeontology answers the animal origin question with Cambrian period fossils of a frond-like sea creature called Stromatoveris psygmoglena….

By comparing members of the Ediacaran biota to a range of other groups in a computer analysis of evolutionary relationships, we found that Stromatoveris psygmoglena provides a crucial link between the older period and the animals which appeared in startling number and diversity during the Cambrian period.

Fresh with 200 new samples of Stromatoveris, she labels it an “animal.” But the paper she wrote in Paleontology with Jian Han shows that it has no hierarchical body plan, organs or even a body cavity. It most resembles other rangeomorphs of the Ediacaran period: a repetitive, frond-like pattern, with a holdfast to cling to the seafloor — extremely simple compared to the Cambrian animals that had guts, eyes, and articulated limbs. Her link to Cambrian animals is based solely on her impression that Ediacarans were “diversifying well before the Cambrian period,” and her insistence that her pet fossil should be called an animal. Look at this giant leap of faith:

Even more intriguing, more than 200 fossils of Stromatoveris psygmoglena have now been found, despite the fact that it lacked hard parts which are usually most easily preserved. This indicates that this species was an important member of its shallow marine ecosystem rather than a rare or marginal survivor.

This could mean that the petalonamids adapted more successfully to the changes of the Cambrian period than had been thought, or that the Ediacaran period and its animals were less alien and more advanced than previously realised. We can be confident, however, that the animal kingdom we occupy is much older than we once thought.

Strangely, she overlooks the comeback argument that if the environment was able to preserve soft parts, it should have preserved transitional forms, if there were any.